David Weekley Homes Recognized as 2013 Builder of the Year 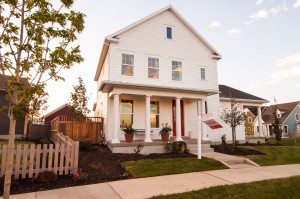