This past weekend our community honored three fighters: Millie, Nixon and Amelia. All of which have had their lives impacted by childhood cancer. Every year Millie’s Princess Foundation honors the memory of Millie Flamm, who passed away at age 7 from leukemia, by hosting a silent auction and run. The proceeds from this event provide financial support and hope for families affected by childhood cancer. This year Nixon and Amelia were chosen as the respective prince & princess for the 2018 Millie’s Princess Run held at Daybreak.

Nixon is six years old. In February 2018, Nixon’s parents took him to the doctor because he had been complaining of leg pain. The doctor ordered an x-ray of his leg. The x-ray showed a large tumor in his femur. The family went to Primary Children’s Hospital for more scans and a biopsy. The testing showed that Nixon has Osteosarcoma that had spread to his lungs. Treatment began the next day. Nixon has three brothers and loves to play and watch sports. 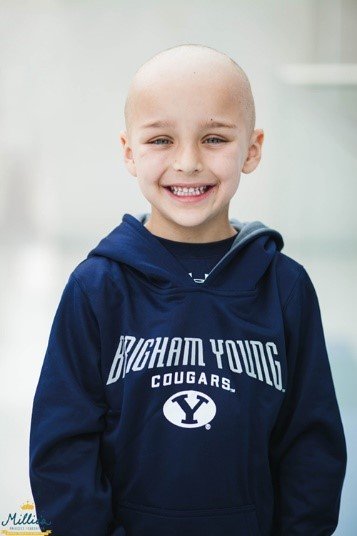 Amelia was diagnosed with Primitive Myxoid Mesenchymal Tumor of Infancy (PMMTI), tumors on her lower spine, at eight weeks old. 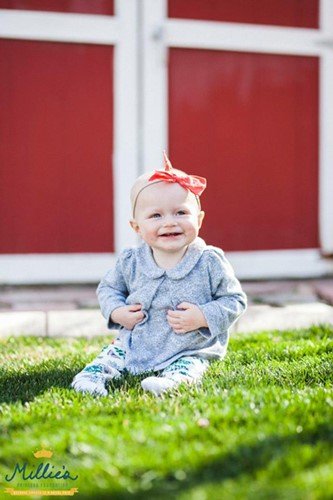 She began chemotherapy that same day. After five rounds of chemo, she had surgery to remove the tumor. Her three month follow-up scans revealed that two new tumors had grown in the same area. She has had more chemotherapy, but it was discovered that the tumors are resistant to chemo. Millie will have surgery in a few weeks to remove the tumors and then head to Seattle for Proton Therapy. There is a high chance that her surgery will leave her paralyzed from the lower spine down.

We are thankful for the support of the Daybreak community and others who helped raise money for the Millie’s Princess Foundation and the wonderful work they do to help families dealing with childhood cancer. This year there were 800 runners and more than $30,000 worth of silent auction items donated.