The new park along Lake Avenue known simply as “Lake Avenue Park” is under construction and should be completed later this summer. Located between Garden Park and Heights Park Village, the Park will play a key role in the community both as a park space for residents of those villages as well as an element that connects residents who live further West back to the Lake via the integrated trail system. Lake Avenue Park is part of the larger “Loop” system that was first introduced in the Upper Villages with the opening of Highland Park Village.
The loop is a massive park and trail system that runs throughout the Upper Villages, stitching the villages together like a seam on a patchwork quilt. One of the unique features of the Loop is the bike highway system which is a system of trails for runners and cyclists that provides the opportunity to travel long distances on a trail without having to compete with cars on the road which is often dangerous.  And, the idea of combining the trail system with the park system means that there’s always someplace to go along the path if you’re riding a bike, taking a leisurely stroll with the family, or if you’re a serious athlete. In most areas, the trail is separated by grade from car traffic and includes signals at major intersections that allow runners and cyclists to cross safely. 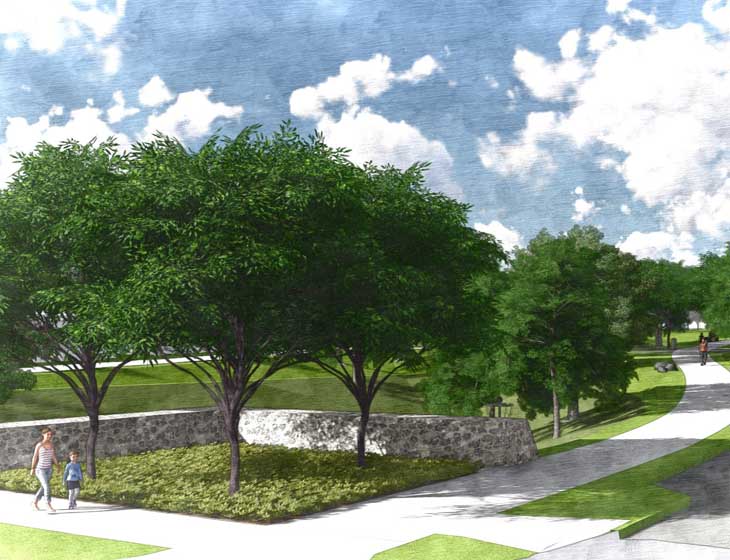 In addition to the bike highway and trail system, Lake Avenue Park will include a playground, frisbee golf goals, a large plaza space with a water feature, and areas to relax with picnic tables and fire pits. There’s also a surprise for Daybreak’s four legged residents, an enclosed off-leash dog zone has also been included on the north side of the road, adjacent to Heights Park Village. It will include places where dog owners can sit down and rest while their dogs burn off some energy. 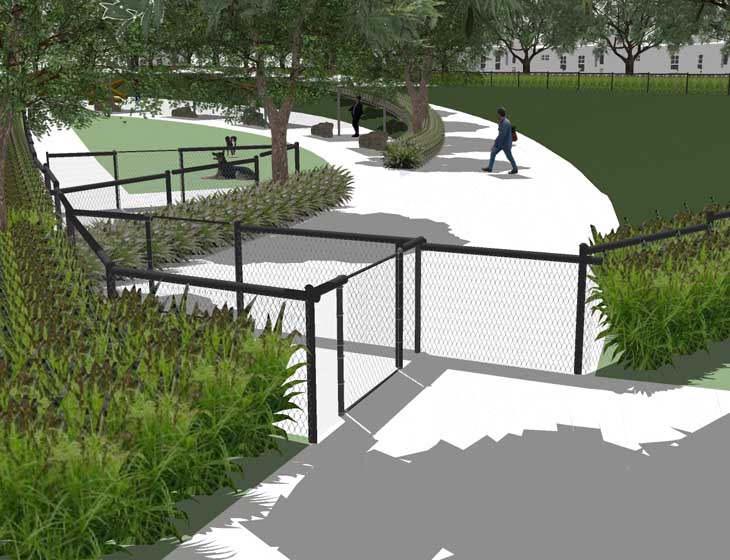 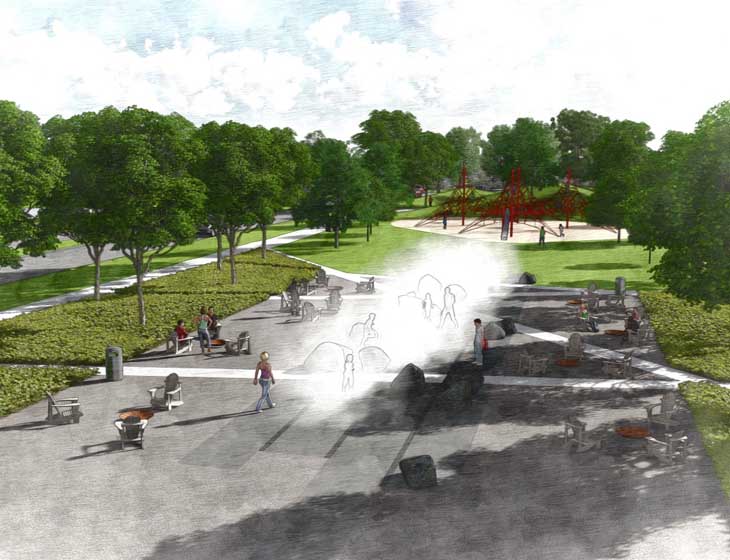 Large plaza space with a water feature, there is also a playground planned. *Playground shown is for rendering purposes. The actual playground may look different. 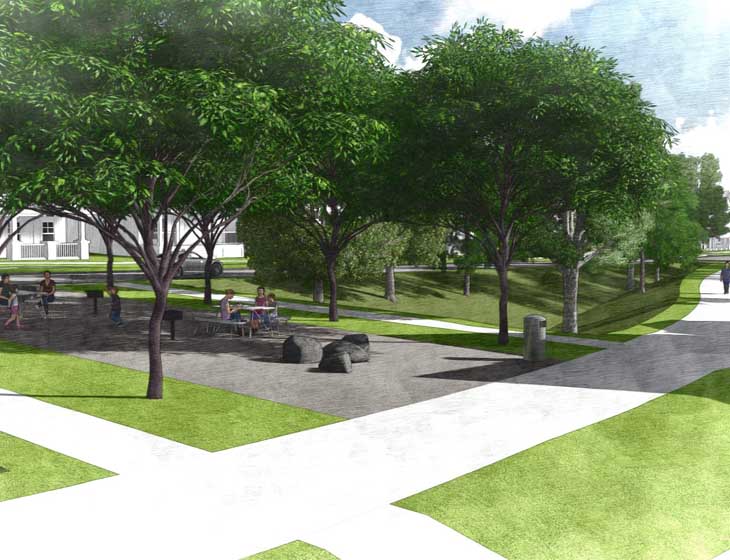 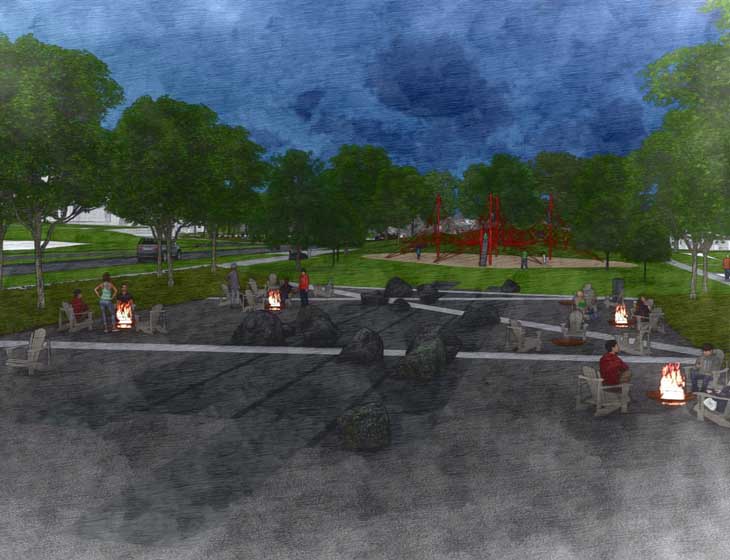 One thing many people may not know is that Daybreak retains all of it’s storm water onsite. What that means is that the storm water doesn’t get piped out to the Jordan River or another collection point, but rather there are multiple basins around the community that safely capture the water and allow it to percolate back into the soil to recharge the aquifer below the surface. Due to it’s location at the bottom of the large slope, there are basins built into the park that will contain wetland plantings (like basins in Founders Park and around the lake). 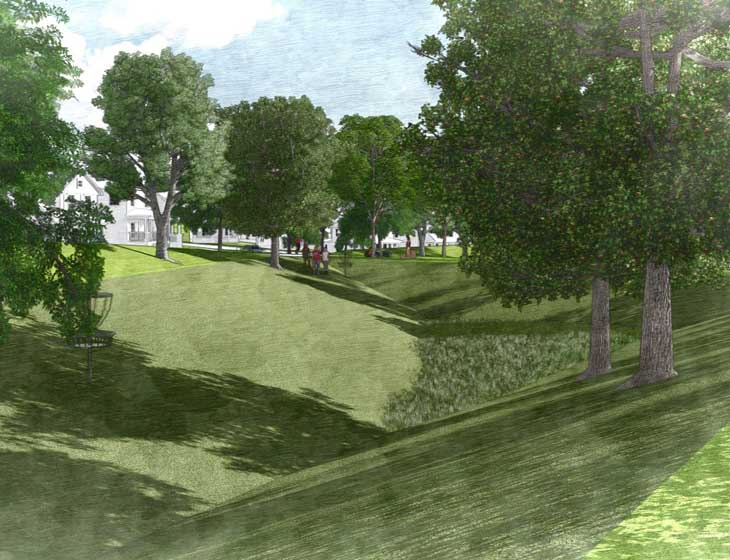 These basins will fill with water during a storm event and the water will either evaporate or slowly percolate into the ground once the rain stops.


*Park elements listed above are subject to change.