Normally teal pumpkins aren’t associated with traditional Halloween colors and décor. But for the 15 million Americans who have food allergies, the Teal Pumpkin Project represent inclusion and safety. Over the last few years this movement has gained popularity with Daybreak residents displaying a teal pumpkin on their porch to signal that they have safe, non-food options for trick-or-treaters. 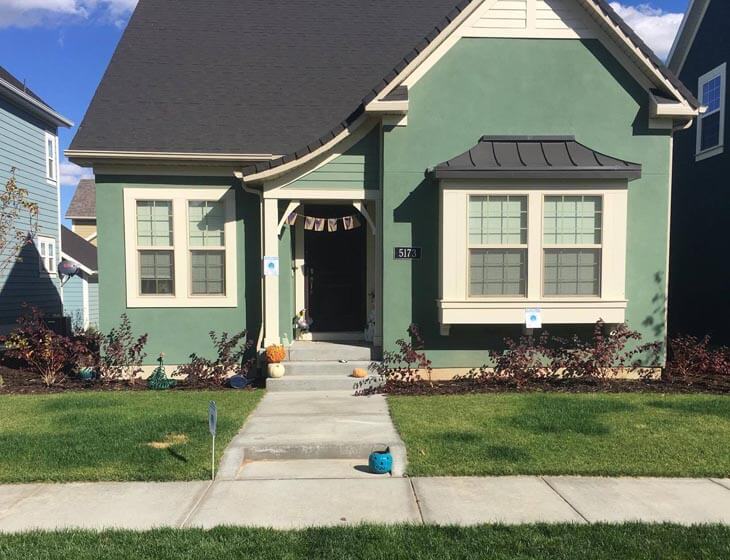 When asked why she participates, Rachael responded “My passion in nursing lies in pediatrics, so I have a special place in my heart for kids. When you get your first kid that says, ‘Mom, they have stuff I can have.’ That makes the extra cost worth it.”
Tamye’s family participates because they have several different food allergies. “It’s insane when you realize that there seems to be a bit of everything, in everything.” She also loves promoting healthy eating and thinks the cause promotes options that can help combat childhood obesity.
Will you be participating in the Teal Pumpkin Project this year?
Back to all news