Top 3 Winter Activities to do at Daybreak

Best Places to Live in Utah, Parks and Trails

It’s pretty cold in Utah right now, but that doesn’t mean you should stay inside all day. One of the best parts of living at Daybreak is all of the things there are to do year round. You won’t have to drive anywhere and it won’t cost you a thing. There are trails and hills right outside your door. And when you’re walking up the sledding hill, cross country skiing or snow shoeing, we promise you won’t be cold for long!
Everywhere you go at Daybreak there are opportunities to enjoy the outdoors.
Here are the top 3:
1. Sledding 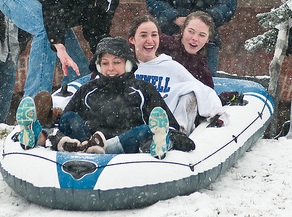 Grab your sled because there are good sledding hills all around you. For the best runs, look for compacted snow on north-facing slopes.
One favorite is in Northshore (off of Vermillion Drive). It begins in a park and doesn’t have a lot of trees, making it a popular spot that’s ideal if you love speed. Snowboarders have even been known to hit this one too.
The average snowfall in South Jordan, Utah is about 34 inches a year, but you don’t need a lot of snow to sled or ride the hills.
Check out these kids on YouTube:
http://www.youtube.com/watch?v=FP0BuOY5Eec
2. Cross Country Skiing
If you have cross country skis (which can be picked up at ski swaps or KSL Classifieds for a steal), grab them and head for the trails in the community. Since Daybreak has over 22 miles of trails which aren’t plowed in the winter, you have lots of places to go. Gliding along on cross country skiing is a peaceful way to enjoy the outdoors, plus it’s a great workout. At a moderate pace you’ll burn over 450 calories an hour. The best part? You can ski down hills. If you’ve never been before, you might need a primer. Search YouTube for video tutorials. Our favorite way to cross country ski? Ski skating.
3. Snow Shoe 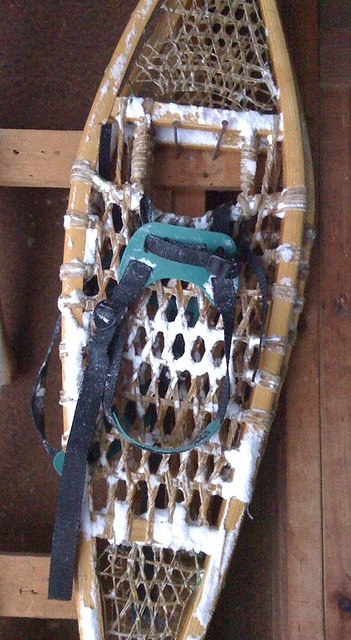 Similar to cross country skiing, snow shoeing is less a smooth gliding motion and more a stepping one. Snow shoes are like hiking on snow, but cleaner (no dirt) and unlike hiking, you won’t slip. You can pick up a pair of snowshoes at Costco for around $80. They are easier to carry than skis and easier to store, plus hills can be a bit easier to navigate than on skis. There’s not a lot to learn the technique either. It’s fastest to go on compact snow, but you can also go off-trail and sink your feet into deeper snow. Once you bring your foot up for the next step, you’ll be giving your thighs a great workout.
People at Daybreak have been known to get quite creative with their winter activities. Once in a while you might catch a dog pulling a kid on a sled, or an entire village of igloos built in the park.
If you want more, there is downhill skiing nearby. From Daybreak it’s just over an hour or so to several Utah ski resorts – and to some of the best powder in the world.
Back to all news