Their friends had one question: why?
Cathy and Garr Smith had lived in Salt Lake’s celebrated Sugar House neighborhood for 18 years. They loved the nearby shops and cafes. They loved the urban energy of the place. And they adored their quintessential brick Tudor. So why in the world were they moving to Lake Village in Daybreak?
There were practical reasons. The Smiths needed more space and equally good school choices for their children, Gabe and Calista. And they wanted a neighborhood where they felt more comfortable letting the kids get themselves to school and to the park. 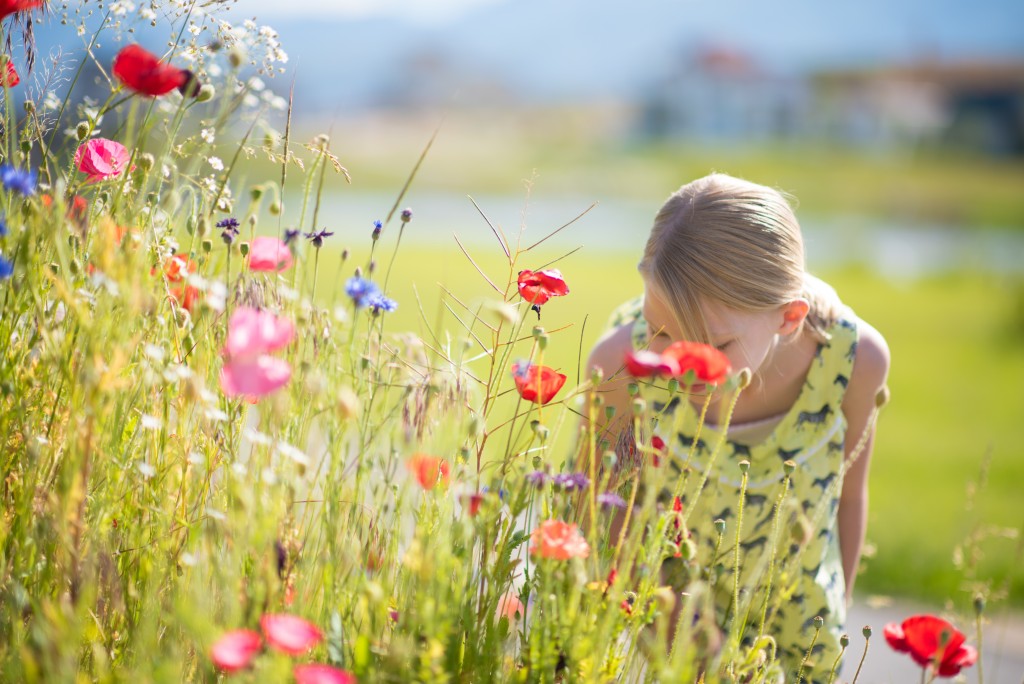 But the Smiths aren’t the kind of people who are moved solely by reason. “We like the urban lifestyle, with places to eat and shop being close around us,” Garr says. “That’s one of the main reasons we like Daybreak. It has some of that urban feeling.”
Garr likes riding his bike over to The Break Sports Grill in Daybreak’s SoDa Row retail district, where he meets friends for dinner and drinks. “I’ve done that a lot more here in Daybreak than I ever did in Sugar House.”
And being on a lake didn’t hurt either. The Smith’s new home is exactly 71 steps from the edge of Oquirrh Lake. We know this because Garr stepped it off. “It was kind of surreal for the first couple of months after we moved in,” he says. “I had to get used to the fact that I’m in this beautiful place but I’m not on vacation.” 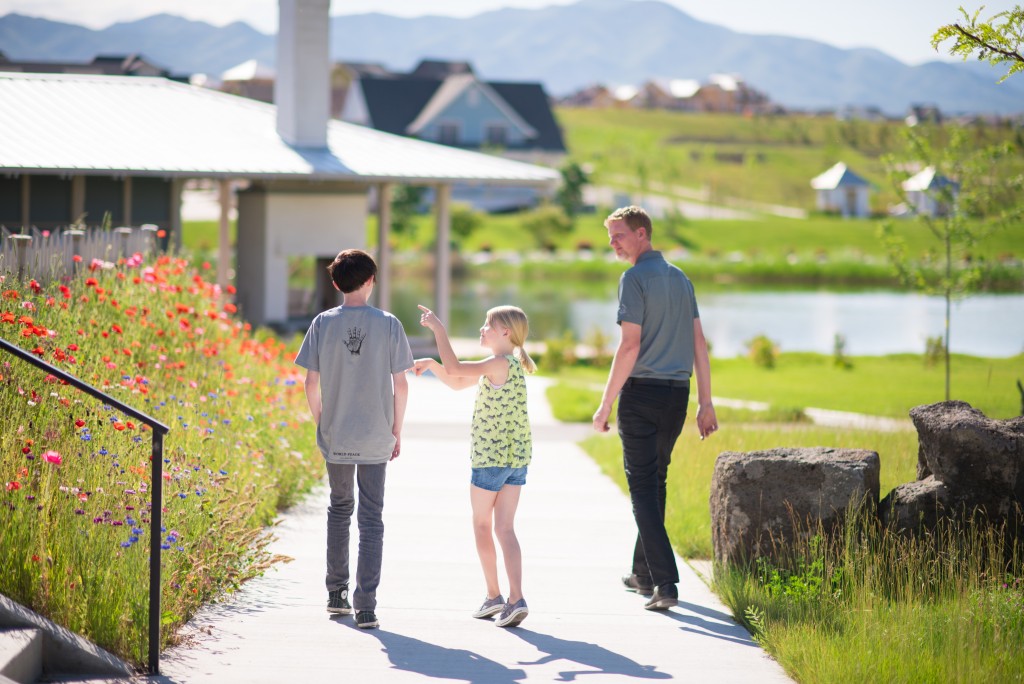 The kids have taken to the lakeside lifestyle like ducks to water. They’re looking forward to kayaking and fishing in it this summer. Biking around it. And simply hanging out next to it. “Gabe will go out for two hours and just sit next to the lake listening to music,” Garr says. 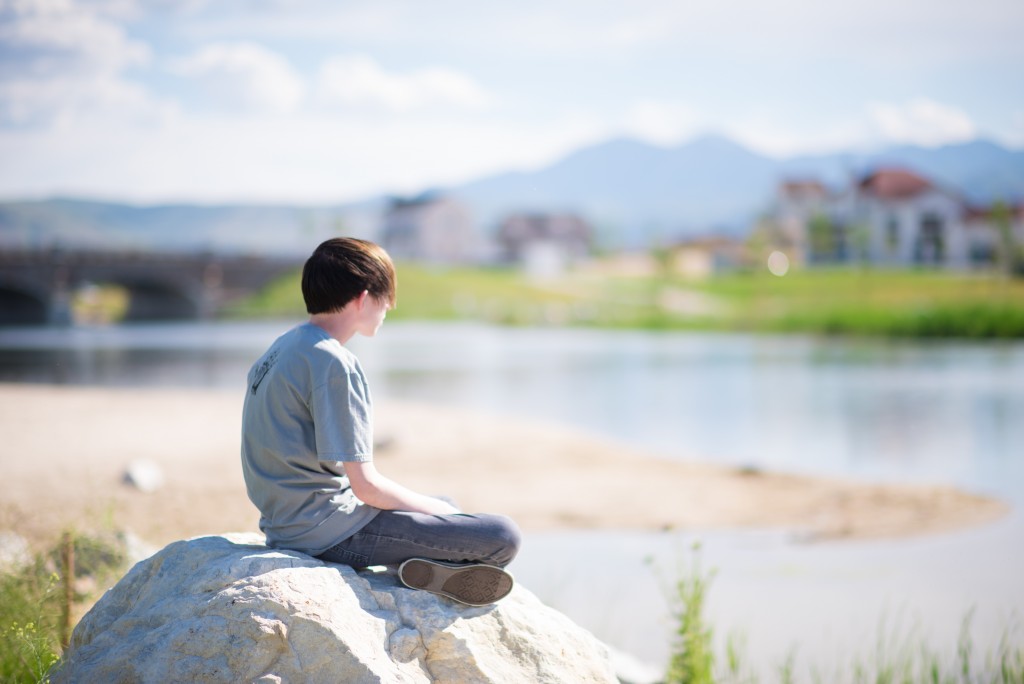 But what about the Smith’s new home? Don’t they miss the architecture of Sugar House? “The architecture of all the homes in Lake Village — the trim around the windows, the archways, the high ceilings — it’s just amazing,” says Cathy. “It was a very important aspect of why we moved here.” 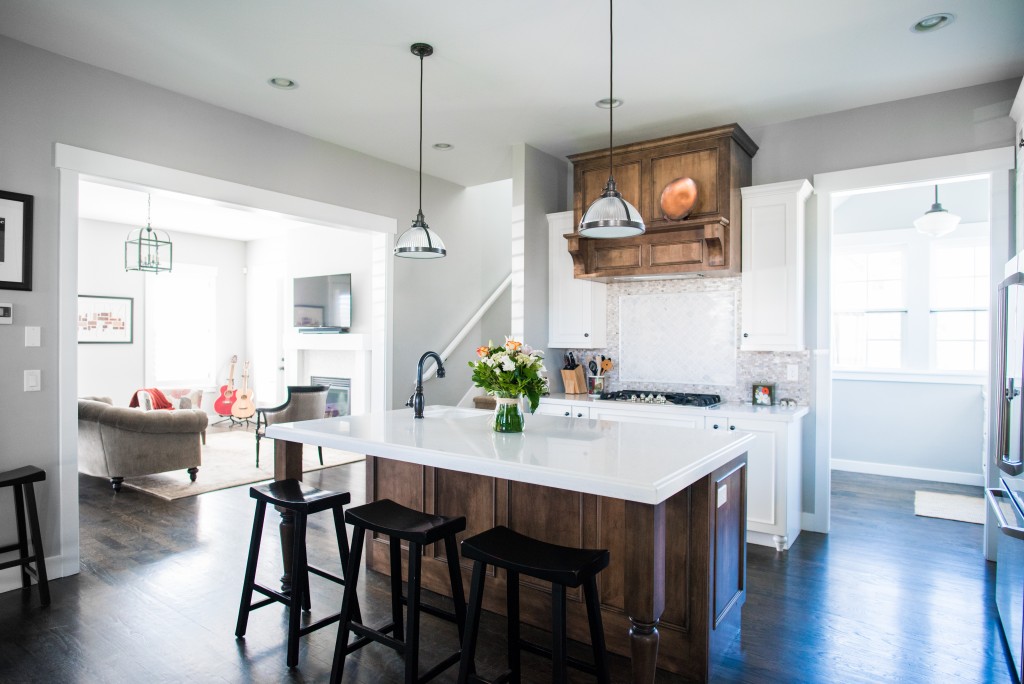 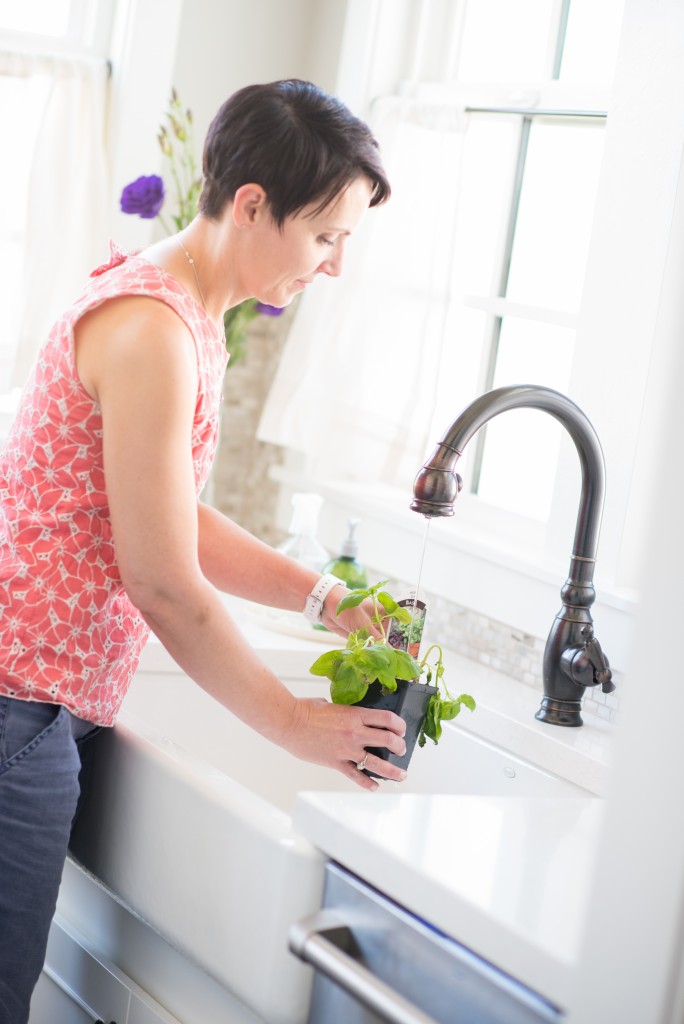 Their gracious two-story is an elegant example of lakeside style, with huge porches that overlook the lake and big windows that let in lots of sunshine and views of the Wasatch Range. Garr says the home has so much natural light, they don’t turn on lights during the day. “In fact, the electricity went out one day and I didn’t even realize it,” Cathy laughs. 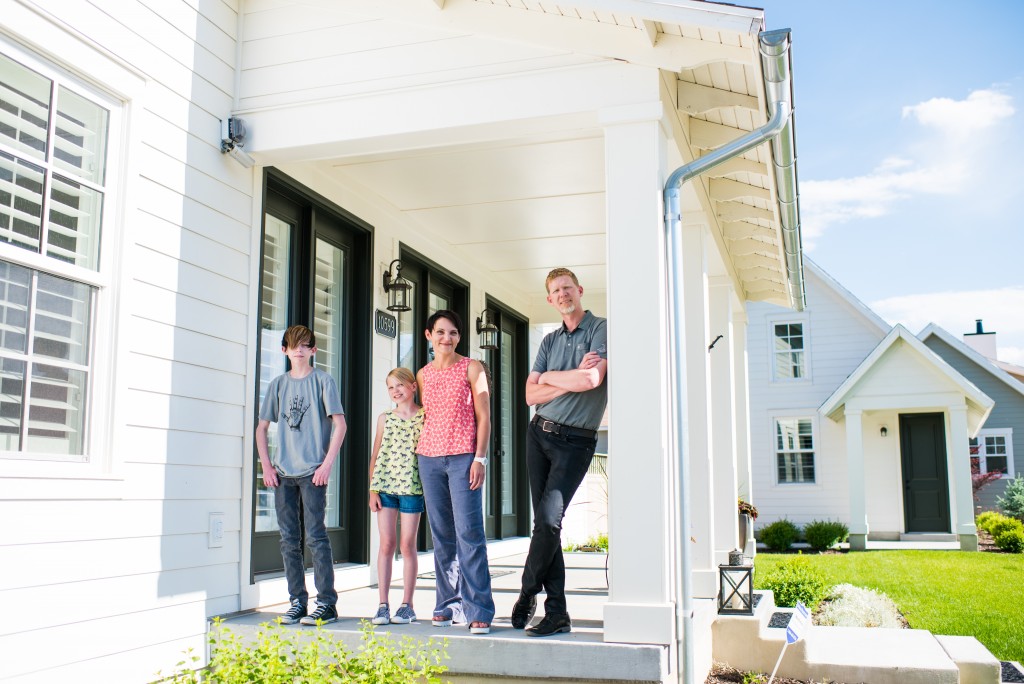 “A lot of people haven’t been to Daybreak, but they need to come look at it,” Garr says. “Part of the reason we loved Sugar House was the diversity of the homes and the people. Daybreak has a similar kind of diversity.”
And what about their Sugar House friends who tried to talk them out of moving to Daybreak? “When they spend time in our home,” Cathy say, “they see why we love it so much.”