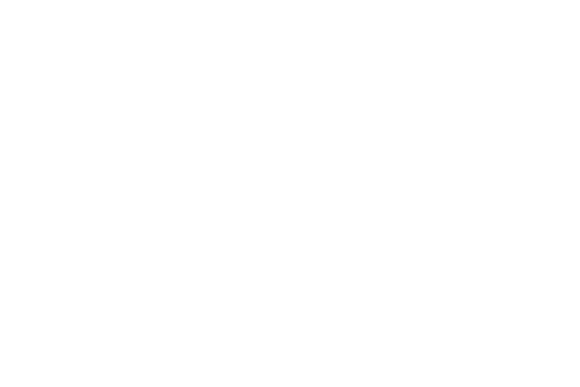 My husband does not like my meatloaf, never has. Consequently, I’ve been somewhat meatloaf-deprived during our marriage, even though I have forgiven him and moved on with my cooking life.

Imagine my surprise, or perhaps chagrin, when he described the meatloaf at Porch, a new restaurant in South Jordan’s Daybreak, as “excellent,” or something to that effect. I guess I should have been using duck fat in my meatloaf all along, although that isn’t the only thing that makes this entrée a standout.

Porch Restaurant is owned by executive chef Jen Gilroy, who also owns Meditrina, a small-plates restaurant and wine bar that opened in 2008 near Smith’s Ballpark in Salt Lake City. Meditrina has earned a loyal following for creative cuisine that relies on locally sourced ingredients when possible, along with a wine list that complements the food. On the Porch website, Gilroy refers to her new venture, on Daybreak’s SoDa Row, as Meditrina’s “sassy kid sister.” And they do appear to share some of the same genes.

Porch also relies on local ingredients and sports a similar funky décor, what with its mismatched chairs and silverware. It offers a menu whose ambition is larger than the space it inhabits. And it has a modest but thoughtfully curated wine list along with a small selection of inventive craft cocktails.

Overall, Porch’s menu is comfort food with a Southern bent: Crawfish makes more than one appearance, and grits ($4) is among the “fixins” or side dishes. Fried green tomatoes ($8) are one of the listed snacks, and lots of things are pickled. Porch makes its own ginger beer for the Kentucky mule cocktail ($8), and the “brick” chicken ($16) is brined in sweet tea.

But back to that meatloaf ($16), a layered mix of pork and beef made even more succulent thanks to that duck fat. The icing on this meaty cake was a hearty tomato balsamic glaze that not only imparted a sweet tang, but improved the presentation. It was an architectural wonder built on a bed of buttermilk-infused mashed potatoes and garnished with a buttery sun-dried tomato confit, blistered green beans and carrot chips. All those elements worked together in a mad culinary fusion. The half I took home was just as good the next day.

I took home some of the generously sized short rib, too ($20), which came in two pieces, one with a bone. It was tender and flavorful, infused with apple cider, and served with a potato apple hash and wilted kale.

The Porch menu is meat hearty, but there’s a grilled trout with grits ($22) and a vegetarian “vegetable stack” that features butternut squash, carrots, mushrooms, green beans and kale ($15).

No Southern eatery worth its salt would forgo macaroni and cheese, and fans of that delicacy, unless they are silly purists, should approve of Porch’s version, which is studded with crawfish ($18) and topped with a speckle of pickled radish. The crawfish makes it a bit pricey but adds an extra layer of luxury to a dish that is already rich due to bacon and a blend of cheeses — parmesan, cheddar and chevre. It’s also almost too much for one meal, unless you don’t like leftovers.

A relatively new offering is barley porridge ($17), which didn’t sound all that promising based on the name and didn’t look so enticing either. But appearances can be deceiving, and I would offer this dish as an example of what the kid sister has to offer and where she might shine a little brighter.

Compared with the meatloaf, the porridge looked a little plain-Jane in its white bowl with little adornment. But the hearty flavors of chopped ham and crimini mushrooms were enhanced by a gremolata garnish, whose parsley, lemon and garlic gave the grains a good giddyup. It just needed a little visual boost is all, but all the same, I would eat that dish for breakfast, lunch or dinner.

In terms of food presentation, the porridge was an outlier, but the Porch space itself could do with a little more cozy. The walls need more artwork to distract from the cavernous space that is only partially obscured by a suspended ceiling. There’s just not much to soften the hard surfaces in the room, but as Porch matures, perhaps it will develop a stronger sense of style.

Meanwhile, the décor would in no way keep me from the food, especially if I lived in that part of the valley, which is populated mostly with restaurant chains and fast-food outlets.

I doubt any of them offer a pimiento cheese appetizer like Porch’s ($7), a sweet pepper-flavored goat cheese from local Drake Farms that is studded with candied bacon. It spread so easily on the five pieces of grilled bread that came with it, we had to ask for more. That cost a dollar extra so, in hindsight, we should have spread that melon-hued loveliness a bit more liberally.

The Wagyu bavette steak ($32) seemed a bit steep, given the rest of the menu pricing. But it was tender and so flavorful, with just the right amount of saltiness. It came with sautéed mushrooms and a medley of colored carrots dressed with a honey glaze, both done right. The smashed sweet potato cake, however, was bland in flavor and texture.

We tried two salads at Porch (both $6) and found them seasonal and creative. One was composed of fresh kale accented with beets that were roasted or fried, and a crumble of goat cheese. The piquant dressing made everything play nicely together. The Porch salad was just as good, only slightly sweeter, with a mound of fresh greens mixed with candied pears, grapefruit sections and more goat cheese.

If you still have room for dessert, don’t skip the banana pudding ($6), if only to admire its cuteness. It comes in a pint-size jam jar, topped with a couple of housemade vanilla wafers. It’s everything a Southern puddin’ should be, y’all. The lemon stack cake ($8), four layers of moist pastry separated by tangy lemon cream cheese frosting, was good, too, but didn’t win my heart like that pudding. A drizzle of vinegar honey on the plate added an interesting and distinctive flavor note, however.

Service at Porch was friendly and casual, but helpful, with just one mishap: One of our drinks, the very good Porch lemonade (Sugar House vodka, St. Germaine, ginger syrup, soda and lemon), was removed before it was finished. No one likes to waste a drop of a cocktail that good, especially when it’s $9.

I haven’t been to brunch at Porch, but if I ever have reason to be in the area, I would want to sample the Hoppin’ John and Baked Eggs ($9), made with black-eyed peas and wilted greens; or the Southern Stack ($14), a cast-iron cornmeal cake with sautéed crawfish and bacon and a sunnyside-up egg. The brunch menu also offers such dinner items as the Porch burger ($14) and a smaller bavette steak with eggs ($20).

I’m glad a chef as talented as Gilroy has decided to improve life in the ‘burbs. The only problem I have with Porch is that it’s not in my Salt Lake City neighborhood. But then, residents of Daybreak don’t have Meditrina, either. So I guess it’s a fair trade.